I've heard about Sprinkles cupcakes for years but I was never able to go to one....until now.  They finally opened a couple of locations in Florida, one in Tampa and one in Disney Springs, Orlando.  Of course I had to go check out what all the hype was about.  Right off the bat I was in awe of the Cupcake ATM located outside the bakery.  Cupcake ATM, best invention of the 21st century, right up there next to the Pizza ATM.  Although as cool as the ATM was, I wanted to join that loooooooong line of people inside the bakery and ogle all the cupcakes first hand.

While standing in line I told my husband "OK, these are $5 per normal sized cupcake.  They all look amazing so don't get roped in, pick one of each, and break the bank.  I really don't want to spend $100 on cupcakes. ONE each, that's the plan."  I make it up to the cashier and put in my order.

Me: I'll have one sprinkle and one banana dark chocolate, please.

Cashier:  We're running a special, four cupcakes for only $19.99.  Would you like to pick out two more cupcakes? 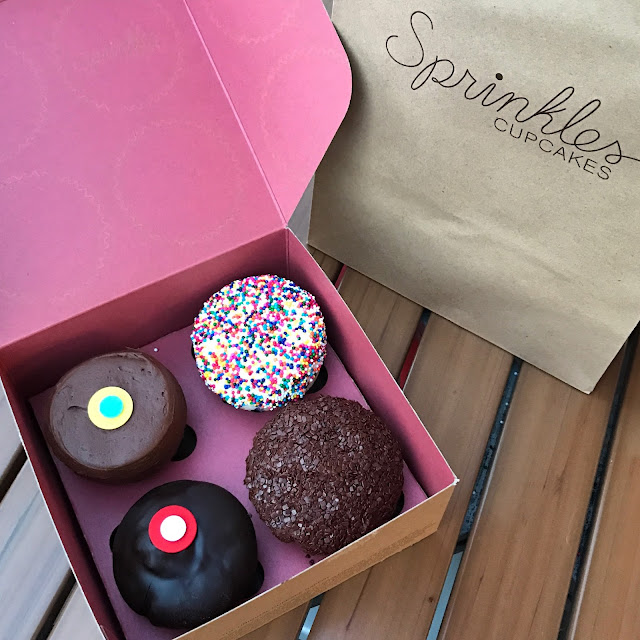 So after years of lusting after these magical cupcakes, was it everything I ever dreamed of and more?  Not really.  The banana dark chocolate was on point. The other flavors were tasty too but not slap your mama crazy good.  At least I know now.  Forward march! Onto chasing the next dream... Mister Donut's famous Japanese mochi donuts.